Eurolines has just begun an amazing promotion; for all its routes 25% cheaper. The promotion is limited in time! You’ll need to book tickets between 8th November and 14th November (inclusive) and travel between 11th November and 10th December. So you can not delay!With comfy seats, air-con, wi-fi and a large luggage allowance, you'll reach Europe for a fraction of the price. We repeat!: 25% Off Single and Return journeys from Britain! Book and travel between the 8th November and 10th of December 2016 with an exclusive 25% discount. Buy tickets on hundreds of routes.Book t... 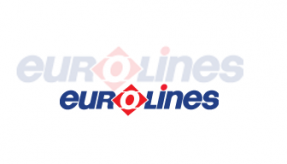 Eurolines has introduced several changes to the current timetable and fares.The Eurolines special offer of lower fares on daytime services to Lille and Paris will continue into February. Great news! The details of the special fares are as follows: Paris £29 single £56 return Lille £25 single £49 return   These fares are available for sale now for travel on any day until Sunday 10th February 2013. Tickets are available right up until the time of departure Tickets are amendable and refundable in accordance with our normal conditions There...

In recent times you may see more interest in long-distance coach transport. At first the trend has been only seen in America, but transport habits are also changing in the UK and continental Europe.Due to the prevailing economic crisis, people are now looking for low-cost alternatives, also in passenger transport. Providers of these services started to adapt their products to the requirements of passengers (or rather to the current financial capabilities of average passenger). The real breakthrough occurred in intercity bus and coach transport, just because of this.It was n...

Wow, a third coach operator between London and Paris. After Eurolines and Megabus also the French national rail service provider, the 'SNCF', will be launching its coach service between the United Kingdom and France According to the AFP (Agence France Presse), it is also intended for a new connection to have stops in several other European cities, although details on this are to be released on 4 July, the new coach service is expected to make its debut on 27 July, just before the Olympic Games in London. The attractive ticket prices include Wi-Fi access onboard all 46 coaches, which are also equipped with barrrier-free facilities for people with restricted movement.

I have just come across a very funny video on YouTube about the low-cost air operator Ryanair. Obviously this is a joke, but .... there is always a grain of truth in every lie. Is not it? Funny in this movie is what recently offer us different air operators. You can check it yourself, just watch the video. It is better to travel by coach which is cheaper and you can take up to two pieces of luggage plus a carry-on luggage free of charge. Now check what Eurolines has to offer....

Eurolines for the winter season has prepared a few surprises in the timetable. The most important of them are presented below. Some of them could be expected, since last season (summer 2011) Eurolines recorded a 15% increase in passengers on some routes. It was therefore necessary to increase the number of connections. New late afternoon departure on Fridays to Paris and late Sunday afternoons from Paris to  encourage weekend travel. Wi-fi is now available on all Paris coach services. An additional daily daytime services from London to Brussels and Amsterdam. An expan...

A new strategy for development of bus and coach manufacturer - VDL. To implement an entirely new business strategy for VDL Bus & Coach, Van der Veer Designers designed a new generation of coaches: the VDL Futura.  Besides the new Futura, van der Veer Designers also worked in collaboration with VDL Bus & Coach on the restyling of the range of buses for public transport. These buses will be positioned in the market under a single name: VDL Citea.More about these new vehicles: NEW VDL FUTURANEW CITEA ...